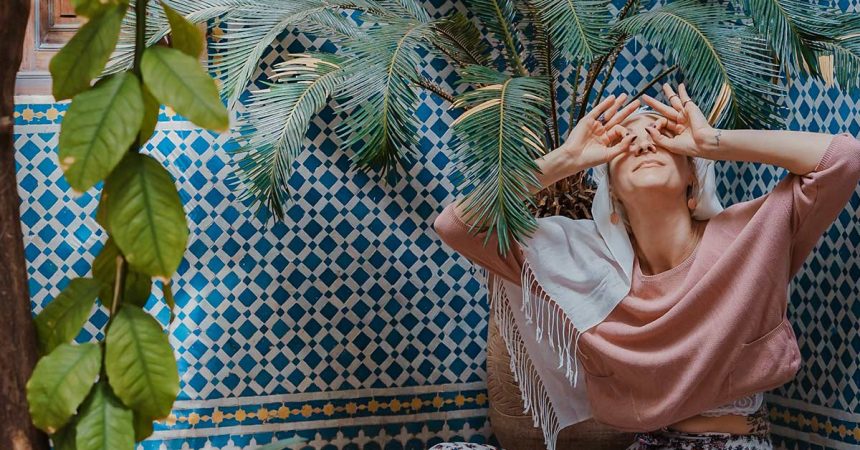 Imagine yourself in a completely new world where you find adorable odors, vivid cities and charming residents. A world where you can go to different places such as deserts, villages or amazing mountain series. This article will answer the question of why should you Travel to Morocco giving you 10 reasons for that.

Contents
Morocco is a mixture of many cultures: Despite the influence of the European world, Morocco is still an Arabic countryMorocco is famous for its tasty food:The Design of buildings is AmazingMoroccan people are very attractiveLovely natural land terrainsAmazing shopping experience in the souks of MarrakechMagnificent Moroccan Castles The best destination for cat-crazy peopleA Famous cruising location

Morocco is a mixture of many cultures:

Let me tell you a surprising fact! Morocco isn’t an Arab country, but an Amazigh nation that has been affected by many Western countries such as France and Spain together with Arab and Jewish societies. This fact was stressed by late king Hassan the second when he described Morocco as a “tree whose roots lie in Africa but whose leaves breathe in Europe.” Something which isn’t difficult to note.

“Morocco is like a tree whose roots lie in Africa but whose leaves breathe in Europe.”

The blending of cultures leads to a multiplicity of the surrounding regions, specifically in Fes and Marrakech. Each region has its own historical elegance and style. Aside from contemporary days, languages spoken there are both Moroccan Darija and Berber language.

There is just one note for those interested in languages. Concerning Moroccan Darija, it is distinct from the typical Arabic language, because of the effect of both French and Spanish languages. For example, stilo, pen originates from stylo which is a French word, formaj which means cheese comes from formaje, a French word, and finally, kuzina which means kitchen originates from cocina, a Spanish word.

Despite the influence of the European world, Morocco is still an Arabic country

Are you searching for another type of adventure? You should go to Morocco. Despite the fact that you will fly for 2 or hours, you will feel that it is further. In Morocco, everything is disordered and challenging.

You can’t divide between streets and footpaths because they are identical, the expenses, the cost is negotiated, the Arabic language is the one which is used to write signs. These norms make Morocco distinct and far from the West.

Morocco is famous for its tasty food:

Food in Morocco is definitely tasty and extremely economical, low-priced! So, you can anticipate an enormous amount of food for just a couple of euros or only a few Moroccan dirhams as domestic money.

In your residence, most dwellings that you reserve will offer a complete Moroccan breakfast each morning as part of your stay in the lodge or hotel. You will find many different kinds of food: bread, yoghurt, boiled eggs, cakes, butter with jam, fruit, mint tea, and coffee.

As for lunch and dinner, you will be offered dishes like Tajine; a Berber dish in a pot with vegetables, spices and optional meat. In addition to Couscous dishes, fruit, vegetables, soups and other fresh food. We don’t forget desserts, because they will the ones which will Rock Your World literally. You are advised to taste briouats which are traditional cakes, and tarts full of coconut cream and wrapped with honey.

The Design of buildings is Amazing

Cameramen admire Morocco’s discrete designs and beautiful colours. Impartial voices can be heard in Marrakech’s streets and clay constructions starting from poppy tones not ending with salesmen and clay potteries.

Imagine a city “Chefchaouen” coloured in vivid blue shades. How attractive it will be! isn’t it? Not only colours, but everything: the sophisticated particulars of round-shaped doors in Morocco, vivid mosaics and historical Riads are extraordinary charming and captivating.

Regional people are very talkative and sociable. They like to communicate with travellers and visitors “particularly if you are within their store” offering you tea while shopping. There is plenty of time to talk with each other, no need to hurry.

Nicely, they come up with a way to be out of time. More advice especially for females: don’t talk a lot with strangers in Morocco and make sure not to listen to locals when they suggest going to hidden locations or to great shopping spots.

It is one of the reasons which make your visit to Morocco a necessity. Natural land terrains are so adorable starting from the amazing Atlas Mountains outside Marrakech, the Sahara Desert together with beautiful shorelines and valleys filled with waterfalls.

Amazing shopping experience in the souks of Marrakech

Despite the fact that Marrakesh isn’t the capital city of Morocco, it is the most famous city in it. Come and enjoy the actively craziness of Jeema El Fna, the central square in the city that stretches into many markets. In the souks, you will find many different products, such as Moroccan Organic oil, Arabian lamps, teapots, beauty products, clay products, clothes, spices … etc.

Visiting Morocco’s palaces is one of the reasons which drive you to visit it, especially the Bahia palace in Marrakech. It is budget-friendly that it doesn’t cost a lot; only few euros. As for the meaning of Bahia, it signifies splendour in Arabic and it is much more than that with its 150 rooms, its mosaics, its patchwork and mammoth playground which has a spring in the middle of it completing its charming, attractive sight.

The best destination for cat-crazy people

If you are a lover of cats like me, you should visit Morocco where you can find a lot of kind cats which are in need of your concern. Moroccan people look after them a lot but extra love isn’t bad. So, don’t hesitate to stroll around and feed cats.

Would you like to be beside the beach coast? Do you like to cruise, ride waves? then go on and travel to Morocco where you can do surfing in cities like Essaouria, Agadir and Dakhla. These towns are suitable for relaxation, eating seafood and doing cruising activities. Now, what are you waiting? Come and enjoy all these activities …