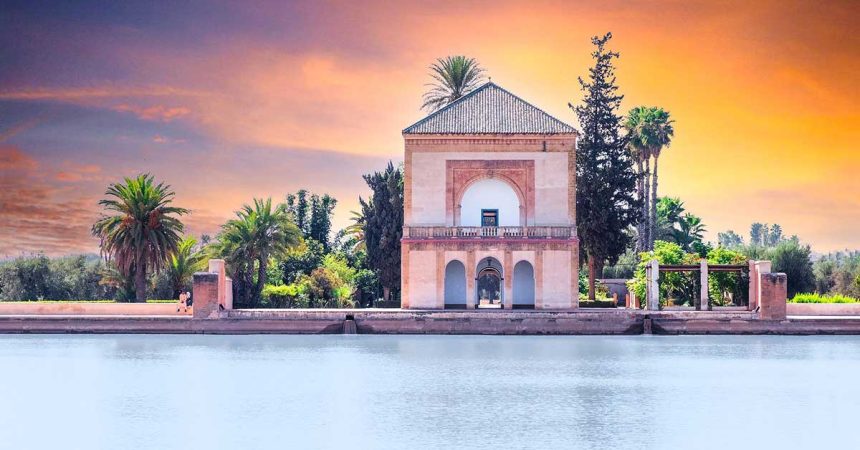 Morocco is a great destination year-round. From its Atlas mountains to the dunes of the Sahara, passing by the beaches of the Atlantic coast and the imperial cities, each season is conducive to the discovery of a part of this warm and welcoming country

So here is the best time to travel to Morocco by seasons!

from December to February

In the winter months Morocco can get a bit chilly, especially up in the surrounding Atlas Mountains, despite that a big part of the country is in the desert.

But worry not, Winter in Morocco lends itself to different activities: treks in the Sahara desert, by camel or on foot where the weather is a little warmer than the rest of the country. Or maybe even skiing in the resort of Oukaïmeden, which is quite busy during this period. What could be more exotic than skiing in Morocco? December is the best time to hit up Morocco’s top Oukaimeden Ski Resort. It’s 49 miles from Marakech and equipment hire for the day will only cost $18!

The best thing about visiting Morocco in the winter months is that you’ll have the country’s main attractions all to yourself. Luxury riads in Marrakech are decreasing their prices, and the Sahara desert tours are available at much more optimal prices.

from March to May

Mid-season is the best time for a trip to Morocco. The climate is then very mild, conducive to many activities, such as hiking, in the Sahara desert or elsewhere, rafting, surfing, relaxation in hammams or swimming pools, beaches,.. you name it!

In the early months of spring the landscapes of Morocco are transformed into a sea of blooming flowers and  lush greenery. It’s the best time of year to visit if you want to tackle the country’s spectacular hiking trails and appreciate the stunning nature of Morocco.

Another bonus is that high season has yet to kick in. You’ll have an easy time finding deals on hotels and flights as well as fewer crowds in the main destinations of the country such as Chefchaouen and Fez.

One of the biggest highlights of visiting during March is the International Nomads Festival. Scheduled for four days every March, this festival brings together music, theater, storytelling, and art.

And in May, you can attend the Gnaoua and Sacred World Music festivals. The Gnaoua festival is a festival celebrating art, music, and culture  in the city of Essaouira while the Sacred World festival is held in Fes and promotes spirituality and tolerance through music.

from June to August and even early September

Summer in Morocco is very very hot. Marrakech is then overwhelmed with sweltering heat, making any activity other than swimming in your hotel pool difficult. But if you can tolerate high temperatures, you can take advantage of your summer in Morocco to swim and laze on the beaches. On the other hand, it is much too hot in the Sahara to tackle a trek or a hike.

July and August are the least ideal months to travel to Morocco but they shouldn’t be ruled out. While temperatures are at their highest, there’s not a rain cloud in sight.

It’s the perfect excuse to spend the afternoon cooling off by the pool, or hit off the Moroccan beach cities, maybe a little suffering in Taghazout, imousane, Essaouira? or even go all the way south to Dakhla.

If you want to escape the heat, Travel to the coast of Morocco or to the Atlas Mountains for a cooler atmosphere and experience. You’ll have to book your trip in advance to avoid high season prices though.

from September to November

The best time to travel to Morocco is spring for sure. But also autumn! when the temperatures are the most pleasant. It is definitely a recommended thing to plan your trip to beautiful Morocco over September and October. Temperatures start to cool off making it the optimal time of year to explore Morocco’s Atlantic coast, hike its various trails or even explore the bustling markets in Marrakech and Fes.

A little advice though, pack warm clothes when visiting coastal cities or cities close to the Atlas mountains. Temperatures drop in the evenings and snowfall is common at higher altitudes.

Morocco as a Destination for Vegetarians and Vegans

By Mouna El Maazouzi Project Manager
Mouna El Maazouzi: An IT management and digital marketing graduate, Her passion for writing and exploring the moroccan culture has led here, writing about everything Morocco!
Leave a comment