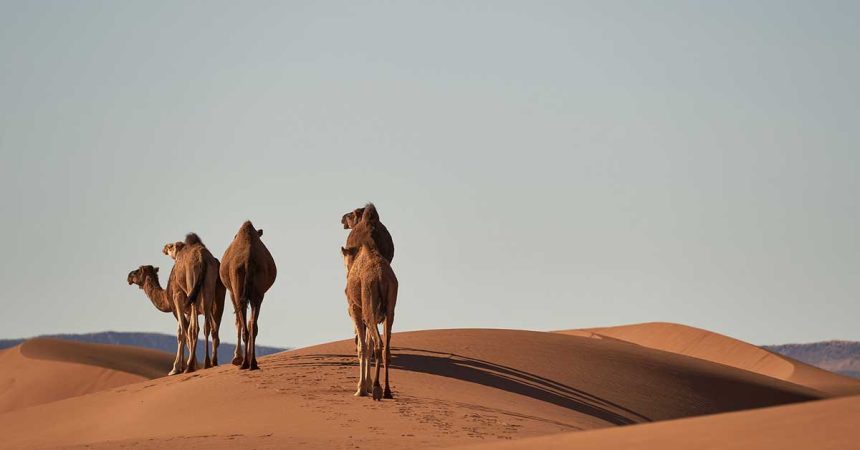 Fascinating facts about the Sahara Desert, the most legendary desert in the world as it spans over and takes the lion’s share of northern Africa. This article highlights facts about the Sahara desert that may make you feel that you don’t know a lot about this Desert as it uncovers 10 of the most interesting realities that you might not have known.

Facts about the Sahara Desert

The unstable size of Sahara desert.

Despite covering about 8,600,000 square kilometres, the Sahara desert’s real space isn’t stable as it extends and shrinks with the change of seasons.

Reasons behind the increasing space of the Sahara desert.

There was an assessment by scientists that the total sizing of the Sahara has increased to be 10% wider than it was before. They have given many reasons for such change including usual weather cycling “to some extent” and weather transformation which is triggered by us as human beings.

Countries that the Sahara desert arrives at and covers.

Spanning over and reaching about 11 countries, the Sahara desert covers about a third of the African continent including Egypt, Algeria, Chad, Libya, Mali, Mauritania, Tunisia, Niger, Sudan and Morocco.

The origin of Sahara’s name.

As for its name, Sahara’s name has Arabic origin as it is taken from the Arabic word “Sahara” which means the desert.

Sahara desert has several other land aspects other than sandhills and layers that span over only around 25% of its real space. Such aspects include sandy flatlands, high lands and mountains that are seen covered by snow.

Apart from Sahara’s sandhills that arrive at 180 meters in their height, the highest summit there is Mount Koussi, which is an extinguished volcano in Chad with an altitude o 3,415 meters.

The diversity of wildlife in Sahara desert.

Despite having one of the tough climates on Earth, the diversity of the flora and fauna, which have adjusted to the severe atmosphere,  will surprise you. Such wildlife doesn’t only include camels and goats, but also other categories such as cheetah, gazelles, ostrich fennec fox and monitor lizards besides fatally creatures as hunter scorpion and the poisonous sand viber.

Sahara desert as a home for 2,5 million people.

The Sahara isn’t only a settlement for a diversity of wildlife, but also it is a residence for about 2,5 million people who have Arabic origins and a roving way of life. They live near water and build their temporary tents as an establishment for them. As for the animals, they raise herds of sheep, goats and camels taking them from one place to another.

The importance of trade in Sahara desert.

As for the importance of trade in the Sahara desert, it played a vital role especially in the economy of Ancient Africa. Van trains were used to carry goods such as copper, salt and gold. One time, a caravan of 12,000 camels was registered transferring goods between Egypt and Sudan.

5 Great reasons to hire a tour guide in Morocco 2023