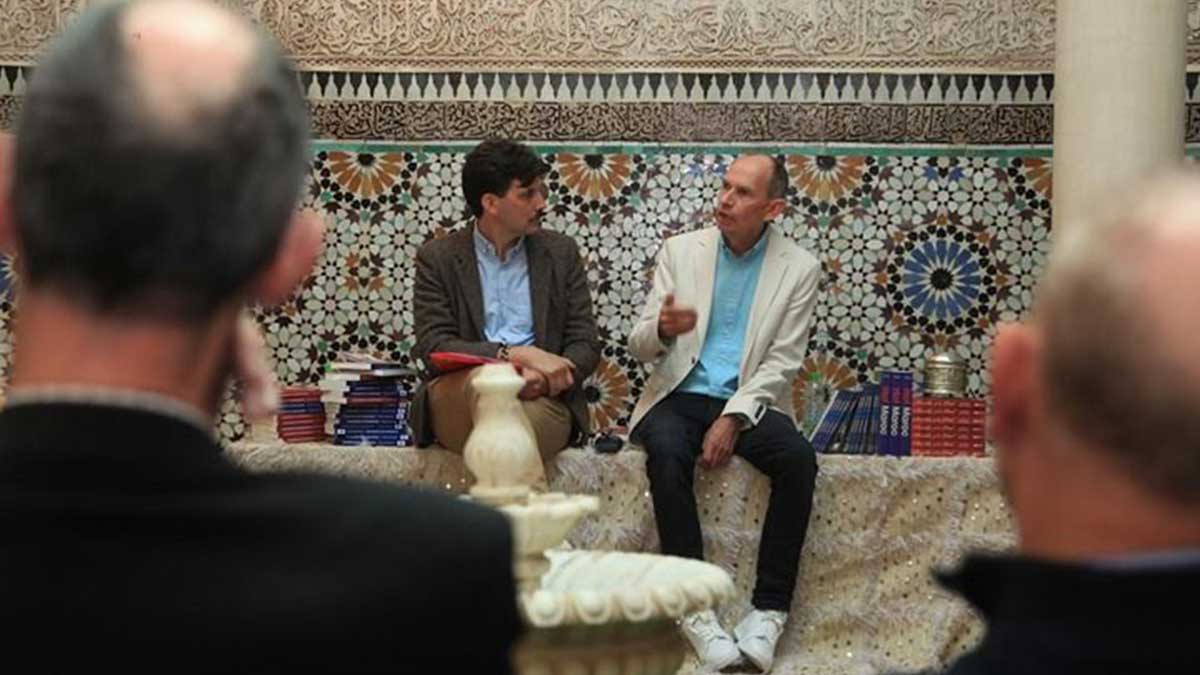 English writers, readers, and publishing professionals of Morocco assembled in Marrakech from the 25th to the 27th of November for the Marrakech English Book Festival (MEBF) to examine the future of the English language in Morocco.

Organized by the Marrakech English Book Association and co-hosted by the British Business Association Morocco and the British Moroccan Society, as well as the British Academy School in Marrakech, the British Embassy in Rabat, Cadi Ayyad University, and Mohammed VI Polytechnic University, the purpose behind the festival is to increase the usage of the Shakespearian language among Moroccans and to support the writing and publication processes of Moroccan writers, as well as to strengthen cultural and educational relations and exchanges between Morocco and the United Kingdom.

More than two-thirds of young Moroccans predict that English will replace French as the country’s principal foreign language over the next five years, according to a survey commissioned in 2021 by the British Council in Morocco.

Yassin Adnan, Moroccan author, broadcaster and cultural commentator, co-chaired the Marrakech English Book Festival and emphasized that the event is aimed at all actors in the publishing business, both Moroccan and foreign, in order to indicate and support the growth of English in Morocco.

Mahi Binebine, Houda Elfchtali, and Amina Hachimi Alaoui are all Moroccan English writers that were present and participated in the event to share their love for the language with the attendees.

For instance, Barnaby Rogerson wrote several books about North Africa and early Islam, as well as a Moroccan travel guide. “Traveler’s History of North Africa”, “The Heirs of the Prophet Muhammad”, and “In Search of Ancient North Africa: A History in Six Lives” are among his many books.

In the three-day event, authors opened up on the struggles of publishing their books. Zakaria Aitouraies, a young Moroccan poet and novelist, is a forerunner in Moroccan English-language self-publishing.
He described the difficulties he had while attempting to self-publish his novels, mainly the financial element and the difficulty in finding an audience eager to read the books.

Others discussed their novels. James Von Leyden, an English author, walk the audience through his detective book “A Death in the Medina”. “Last Boat from Tangier”, another Moroccan-themed criminal thriller by Leyden, was released in 2020. Through his publications, Leyden hopes to acquaint foreign readers with the city of Marrakech.

Among the performances for the kids of the festival was a puppet theater for with Salma Kamal, an Amina Hachimi Alaoui workshop and theatrical simulation, a storytelling café with John Row, a sculpting workshop with Lori Park, and a children’s poetry workshop with Houda Elfachtali.

5 Social Etiquette In Morocco You Should Know Before Visiting