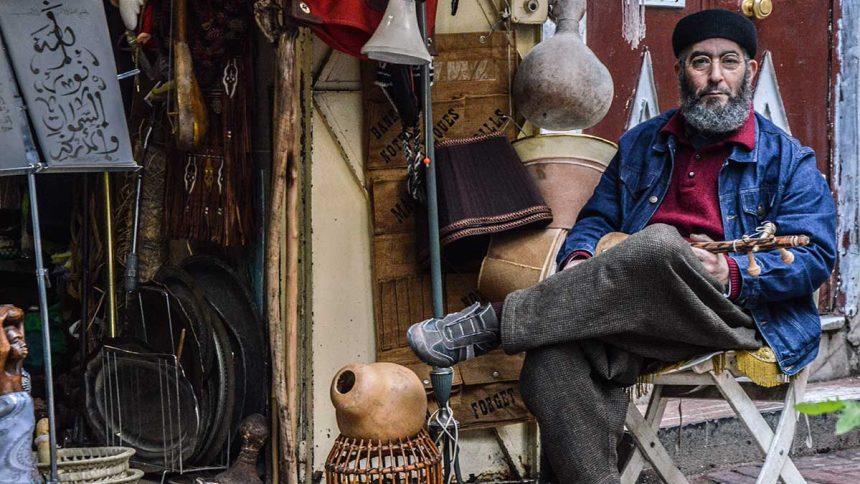 Morocco is one of the most popular tourist destinations in Africa. Its people are very welcoming. There are many traditions and etiquette in Morocco that make it a culturally rich and diverse country. So, having an idea about some social etiquette in Morocco makes you not behave in a way that goes against Moroccan customs.

Also, local people will really appreciate you if you do make an effort to respect their customs. Here, I will share 5 social etiquettes in Morocco you should know before visiting this incredible country.

When it comes to greetings, Moroccans are a little bit more formal. However, they are very welcoming. They say ” Asalam Alaykum ” -hello- to everybody asking you about your health and the wellbeing of your family and children if you have got any.

If you are of the same sex, they will usually shake hands and/or greet you with two air kisses on both cheeks. Still, greeting that way opposite sex is something Moroccans don’t do unless you know each other very well.

Moreover, if you want to greet the opposite sex by extending your hand for a handshake, don’t feel embarrassed not to shake hands with you. Most Moroccans are very conservative because they respect their religious principles. Also, I think it is important to mention that you should always shake hands with your right hand.

The way you dress is just as important as the way you greet. You should always dress modestly in Morocco. Women should wear clothes that cover their upper arms, chest, midriff, back and knees. Yet, It is ok for women not to cover their hair unless they want to visit and enter a mosque like Hassan 2 Mosque. On the other hand, men should wear a t-shirt that covers the shoulders and long jeans or short that reaches at least the knee.

However, visiting a rural area means being more conservative. It is better to wear t-shirts and long trousers for members of either sex. In addition to this, it will be much better for women to cover their hair. This is one of the social etiquette in Morocco people who live in rural areas respect the most as city people are a little bit more relaxed about how you dress. Even though, Moroccans will really appreciate you if you make an effort to respect the Moroccan culture by dressing modestly.

Read also: What to wear in Morocco: The ultimate clothing guide

Making out in public

The social etiquette in Morocco I mentioned earlier has less impact if we compare them with this one- making out in public. Making out in public is something that is not allowed. It is frowned upon to show affection in public. Yet, it is all fine to hold hands, to have a brief hug or even take a stolen kiss on the cheek.

I would like to mention that you may often see people of the same sex hugging or holding each other’s hands. This is just a sign of friendship. It does not mean something else as homosexuality is illegal in Morocco.

Moroccans are very generous. If you know or meet local friends, they will likely invite you to their homes for a meal. Now, you may begin to think about what are the domestic and table etiquette in Morocco to follow in case someone invites you.

Well, the first thing is to remove your shoes before entering unless the host says it is ok to keep your shoes. Second, you should wash your hands, yet it is likely that the host will bring a washing basin to the table before the meal is served. Last but not least, you should use your right hand for eating as Moroccans don’t use a knife and fork, but their fingers.

To resist the beauty of Morocco is hard. You are free to take photos of whatever you like, but to take someone’s picture without his/her permission.

Actually, Moroccans do not appreciate being photographed. You should always ask for their permission before taking someone’s photo. Even though, if you were in Jamaa el-Fnaa, you may take pictures or record a video of people performing music, tumbling or boxing, but not normal people.

Moreover, I would like to mention that it is illegal to take photos of police, border checkpoints or military figures and buildings.

Things You Should Know Before Renting A Car in morocco 2023